At Ragnarøk Clothing, we never get tired of stating our ambitions to reset the fashion industry, re-evaluate our relation to our clothes and tackle the massive social and environmental injustices brought about by fast fashion and other phenomena. In short: we want to put things right!

Why do we believe this is necessary?

The global fashion industry is valued at around 3 trillion $ (3.000.000.000.000), making up around 2 per cent of the world’s gross domestic product.1 Being one of the biggest industries, it comes as no surprise that 1 out of 6 people alive today work in some part of the world’s fashion industry.2 The constant demand for fashion, new trends and innovation in the industry has led to the seemingly unstoppable rise of fast fashion, which produces new trends and collections by the minute.

Today’s fashion industry is undoubtedly dominated by fast fashion, which did not only increase the speed of apparel getting to the consumer, but also the speed and mass at which it moves to become waste. Through providing cheap to produce and competitively priced clothing to a broad mass of so-called “mainstream” customers, the fashion industry has been able to double in size since 2000. The big players of the industry do their best to keep turnover high. H&M, for instance, produces about 12 to 16 collections yearly, while Zara even tops this number with 24 collections.3 These collections are all representing different ‘seasons’, and every new fashion season tries to reinvent the idea of fashion with new trends being born. This also means that the clothes from last season will be thrown out. We buy 400% more clothes than just two decades ago.4 The increase in consumption has its consequences. Most of the waste is non-biodegradable, meaning it sits in landfills for 200 years or more while releasing particles into soil and water and harmful gasses into the atmosphere.5

72% of the fabrics used for fast fashion are cheap synthetics, which usually don’t last very long. Many of these synthetic fabrics quickly find their way to landfills, where they are virtually unable to decay. Small particles issued from their production leak into surface waters and our oceans. The harm to our planet, unfortunately, doesn’t stop as soon as clothing lands on our shelves, since washing the items at home releases even more microfibres that add even more pollution to our global ecosystem.6 These fibres are nearly impossible to recycle and therefore tend to end up in landfills, where they make up an average of over 5% of overall waste.7

Germany, the biggest economy in the European Union, imports clothing valued at 43,6 billion € per year, 90% of which is sourced from non-EU countries, namely China, Turkey, India, and Bangladesh. Germans buy more and more fashion items, averaging 60 pieces a year. The items, however, are only worn four times on average before they are thrown out, resulting in one million tons of old clothing being dumped yearly in Germany alone. In a more general sense, a family in the western world gets rid of 30 kilograms of clothing a year, of which only 15% is recycled or donated.8 Even though you could argue that the fashion industry has been able to realize impressive turnovers through these practices, it has led to a multitude of social and environmental problems which heavily outweigh the value it has been able to produce. 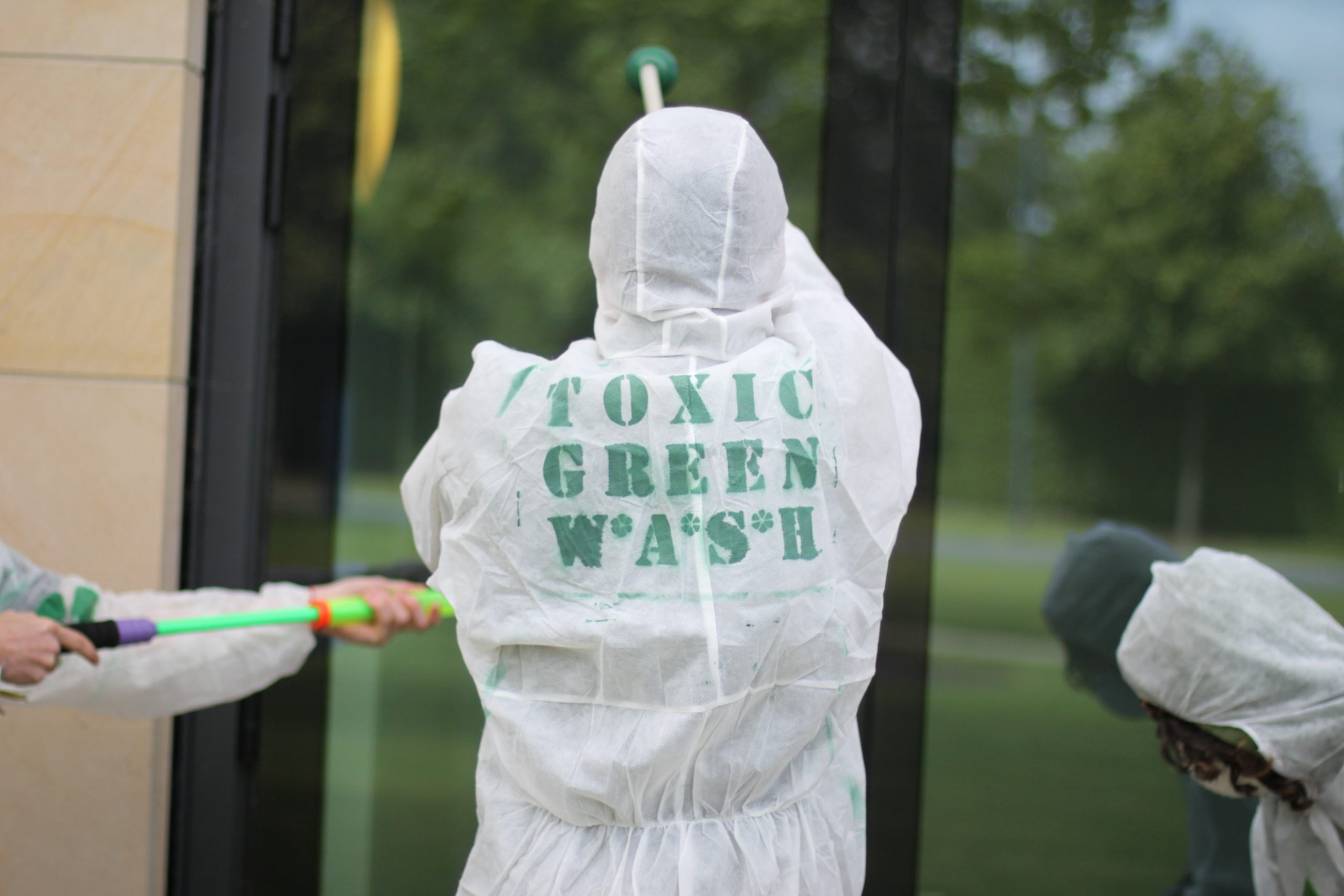 We want more and we want it faster. The time for producing and delivering clothing shrinks every day. Pressure on low-cost manufacturers rises. The most vulnerable members of the fast fashion industry are the ones paying up for this as they carry the full responsibility and risk of these shorter production and delivery times. While this increase of volume and speed pushes manufacturers to hire cheaper workforces or explore cheaper material sources, the security of working conditions and social standards weaken. Production workers have to work harder, in hostile environments, for the same salary or even less. The 2013 collapse of the huge fast fashion factory Rana Plaza in Bangladesh is a testament to this.9 Big disasters, like that one, are widely known, but less visible injustices also occur today; big retailers cannot pay their placed orders due to Covid-19. Many garment workers are lacking the payment they need to survive.

Considering the environmental impacts of fast fashion, the picture turns bleaker. On a global scale, the fashion industry accounts for 10% of all carbon emissions.10 This is partly due to the complex and long supply chains most fashion companies use nowadays, resulting in transportation all over the world and partly through the materials that are being used. The issues with synthetics were already highlighted above, but the most used natural fibre, cotton, also doesn’t cover itself in glory. The production of a single kilogram of cotton requires between 8.000 and 22.500 litres of water (depending on where it’s grown11), resulting in about 2.700 litres needed to manufacture a single cotton t-shirt!12 On top of that, production of a t-shirt entails the use of a whole kilogram of harmful chemicals and issues 8 to 9 kilograms of CO₂ emissions into our atmosphere.13

Lastly, the push for cheaper and higher-yielding crops has led to an incredible degradation of our farming soils.14 This is particularly bad since healthy soil is essential for the survival of humanity. While the production of cotton increasingly relies on genetically modified strains that possess an improved resilience to natural threats, it also plays its part in the deterioration of global farming land. The influence on food production and other agricultural sectors could be massive moving towards the future.

The reason for these blog posts is not to spread a sense of hopelessness regarding the future we’re steering towards. Rather, see this as a wake-up call. Things are not going well, there’s no benefit in sugar-coating this fact. But that doesn’t mean that things have to stay bad.

If the industry is to change, if we collectively want to start pushing the needle in the right direction, we have to understand the fundamentals of what’s going wrong.

In the next couple of blog posts, we will illustrate the current state of the fashion industry from different angles, aiming to provide you with varied and informative insights. Don’t hesitate to interact with the authors and the team as a whole in the comment sections!

Want to stay up to date?

Sign up for our email updates below and you’ll always be on top of the most recent developments!